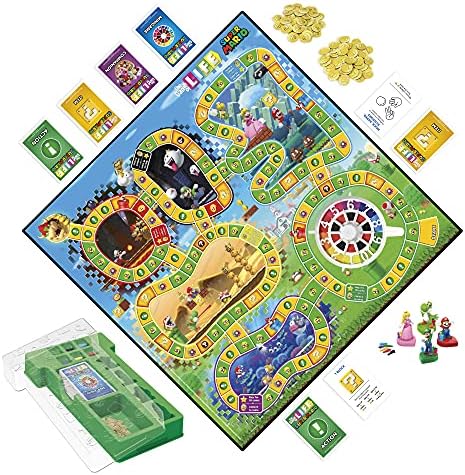 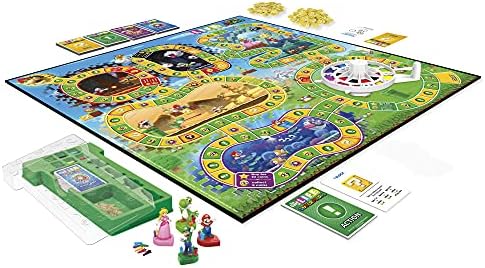 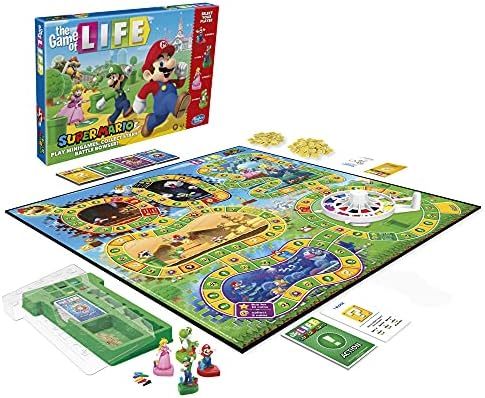 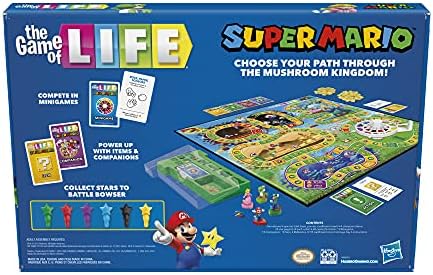 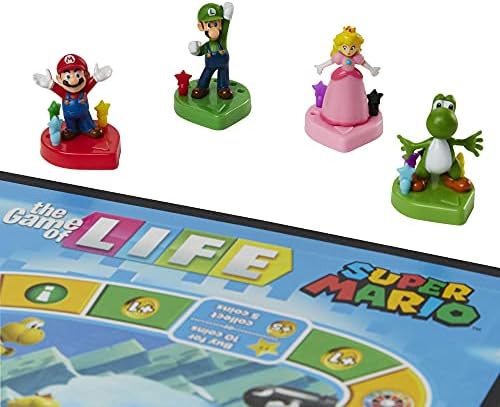 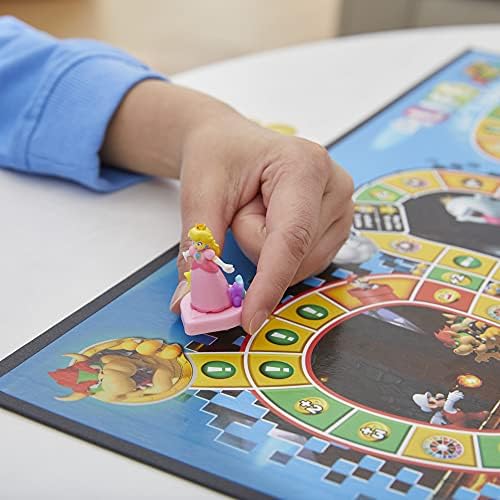 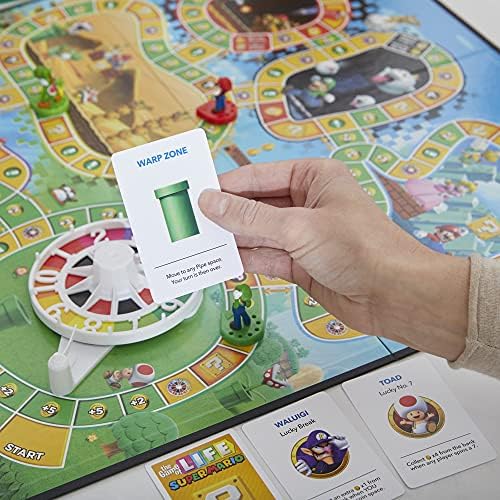 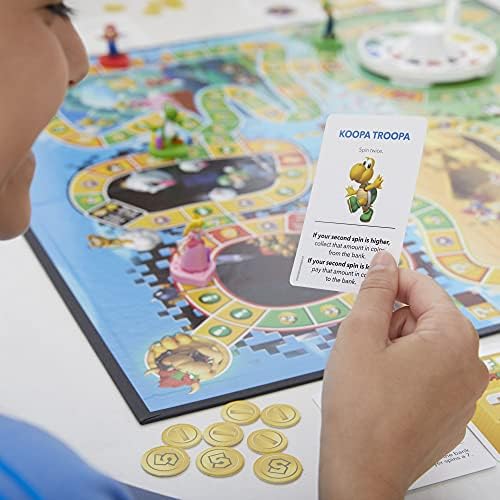 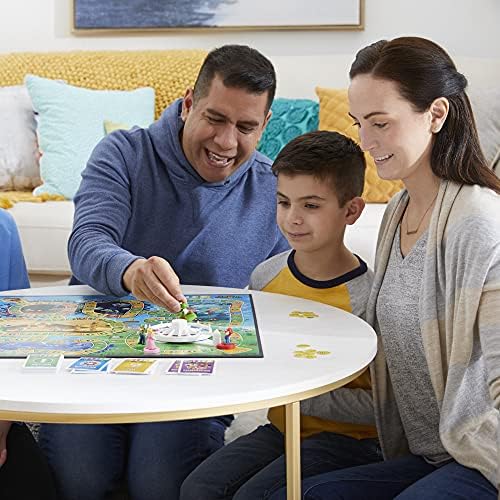 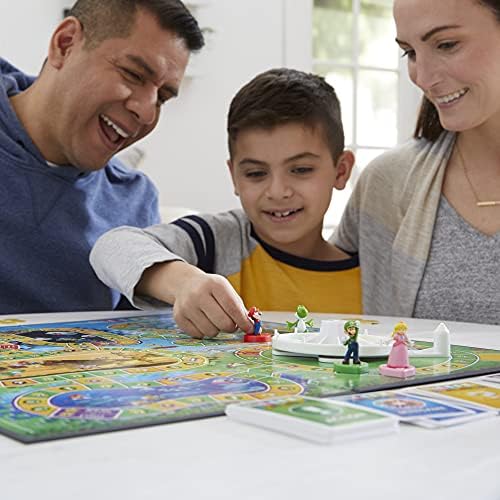 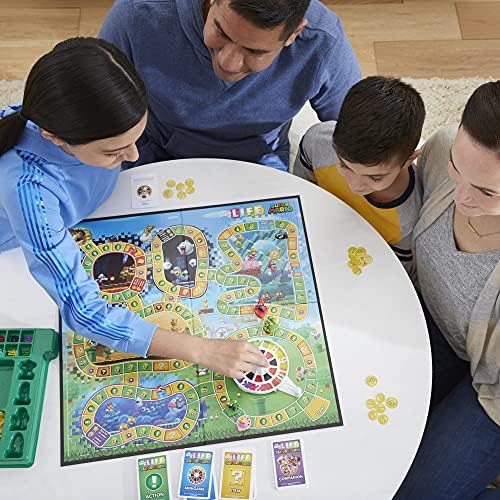 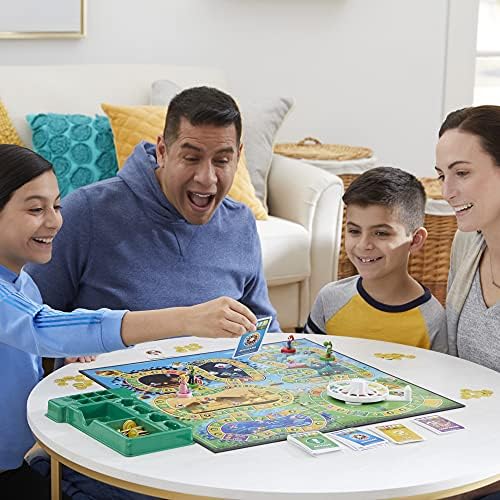 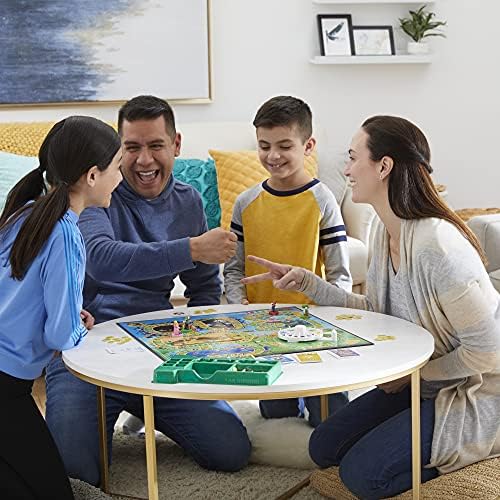 In The Game of Life: Super Mario Edition board game, players choose to play as Mario, Luigi, Peach, or Yoshi, journeying through the Mushroom Kingdom, and finally spinning to win in a battle against Bowser! They move around the looping paths of the gameboard as they collect coins, power up with items and Companions, and play fun minigames along the way such as Rock Paper Scissors, Thumb Wars, and Spin-Offs. As they approach Bowser’s Castle, players will also buy stars to boost their battle-spin; each star collected adds 1 point to their spin total, and players will need to spin higher than a 12 to defeat Bowser and win the game. This fun game for kids and families is for 2-4 players, ages 8 and up. TM and Copyright 2021 Nintendo. Hasbro Gaming and all related trademarks and logos are trademarks of Hasbro, Inc.
INSPIRED BY SUPER MARIO: It’s The Game of Life board game with an exciting twist featuring Super Mario video game-inspired characters, artwork, and gameplay
MOVE THROUGH THE MUSHROOM KINGDOM: Players move around the gameboard as Mario, Luigi, Peach, or Yoshi. They choose their path and which areas to explore as they go through the Mushroom Kingdom
BATTLE BOWSER: Unlike classic The Game of Life board game, this edition isn’t about money or retirement. The ultimate goal in this board game for kids is to defeat Bowser
MINIGAMES AND STARS: Use coins to buy stars for a boost in the battle against Bowser. Compete in fun minigames in a face-off for prizes, and power up with Items and Companions
FUN FAMILY GAME: The Game of Life: Super Mario Edition board game is a great choice for game night with the family, and it’s a fun indoor game for kids ages 8 and up, for 2-4 players

Be the first to review “Hasbro Gaming The Game of Life: Super Mario Edition Board Game for Kids Ages 8 and Up, Play Minigames, Collect Stars, Battle Bowser” Cancel reply